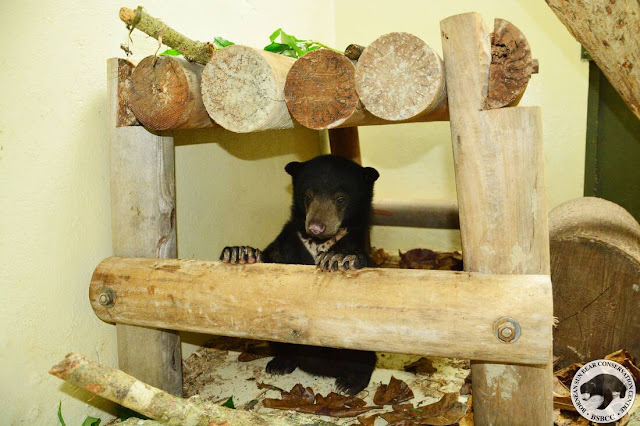 As we know, all of the Sun Bears in the (BSBCC) currently were either from being rescued or people sent the bears to the centre. In the wild, the bears are known as seed dispersers, forest engineers, and forest doctors. They climb, build nests, dig holes, forage, mate, etc and these are their normal behaviours. 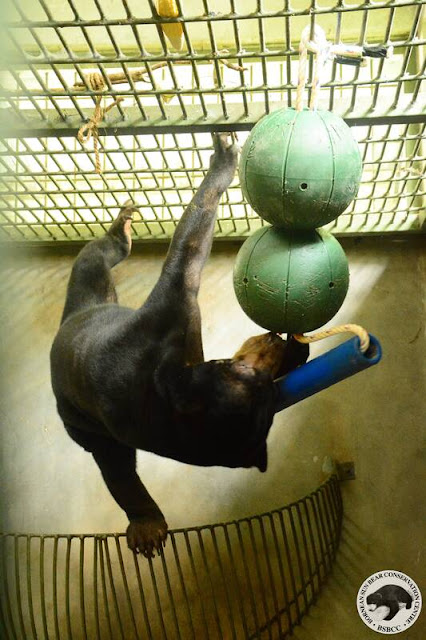 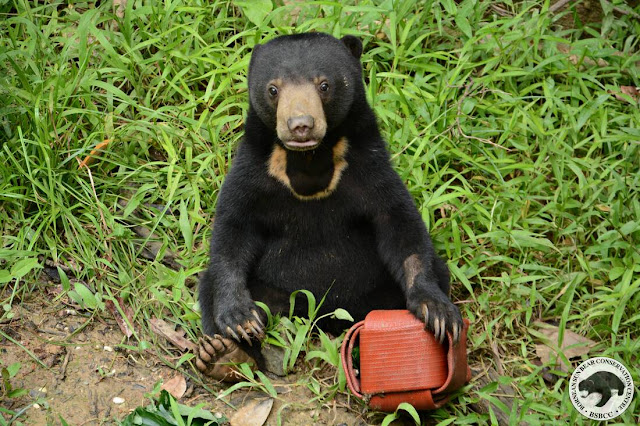 ​But living in captivity restricts the bears’ normal behaviour by limiting the availability of their needs. Thus, with the help of enrichments, normal behaviours of the bears can be maintained even within captivity.
Enrichment is the process of improving or enhancing the quality of life. There are many types of enrichment including environmental, food, sensory, social, training, and object based. 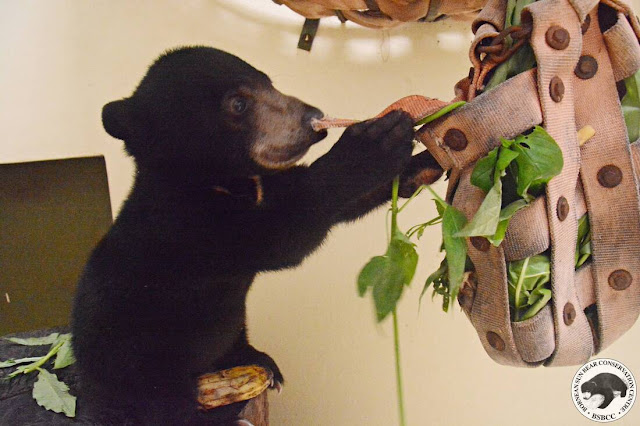 All of these enrichments can preserve and conserve the natural behaviours of the bears. The variability of behaviour also can be increased and reduce the stress level of the bears at the same time. 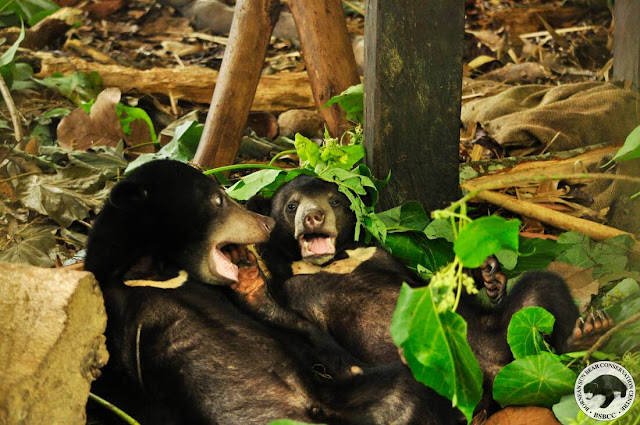 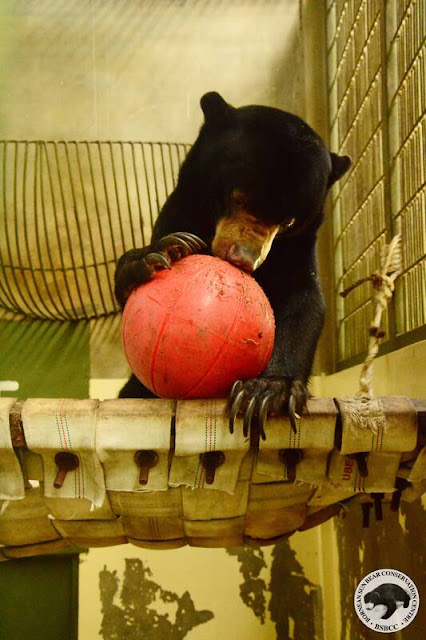 Preparing enrichments such as the Aussie Dog Ball and hammock for the bears can reduce their abnormal behaviour and their stress level. Spreading a little bit of honey or peanut butter inside the ball can train or trigger the sensory areas of the bears to smell and lick the balls. The existence of a hammock can encourage the bears to climb up to the hammock and rest on it. 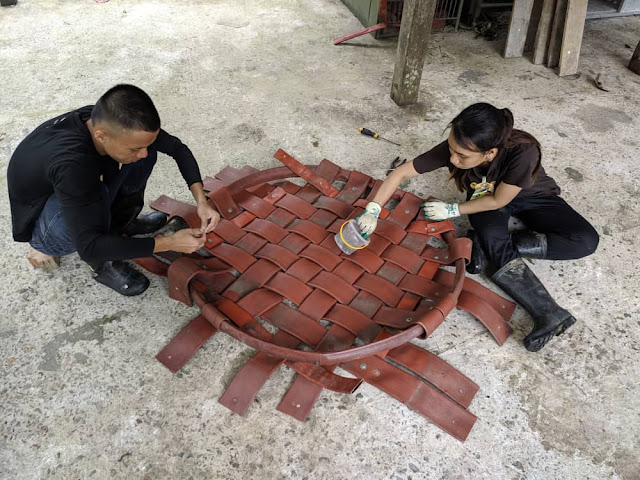 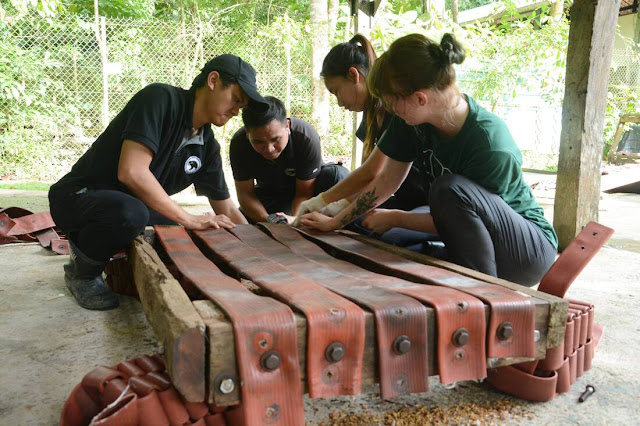 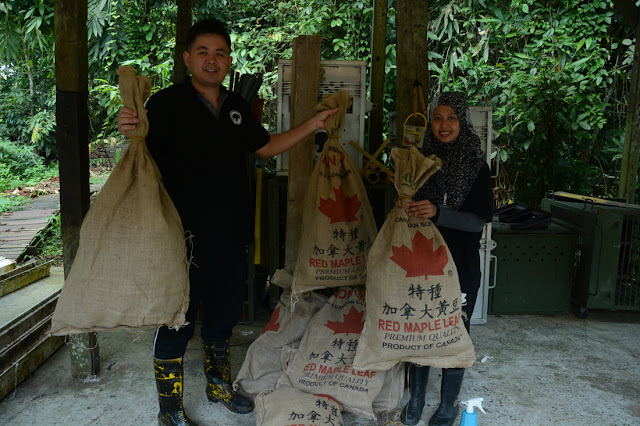 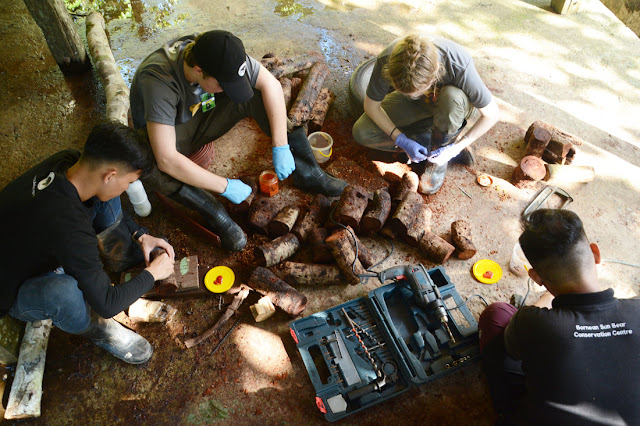 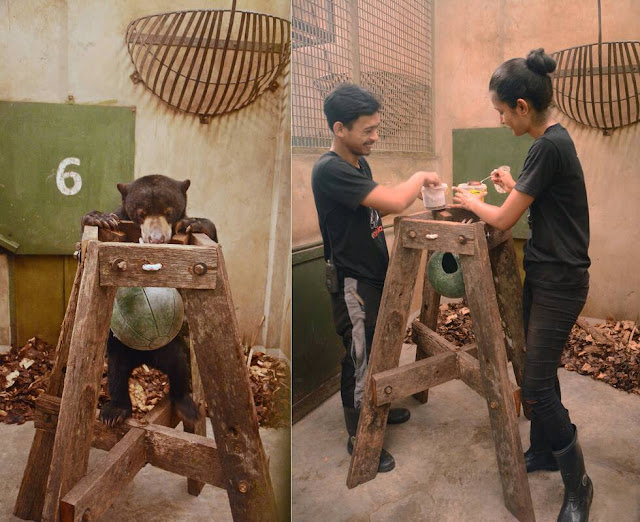 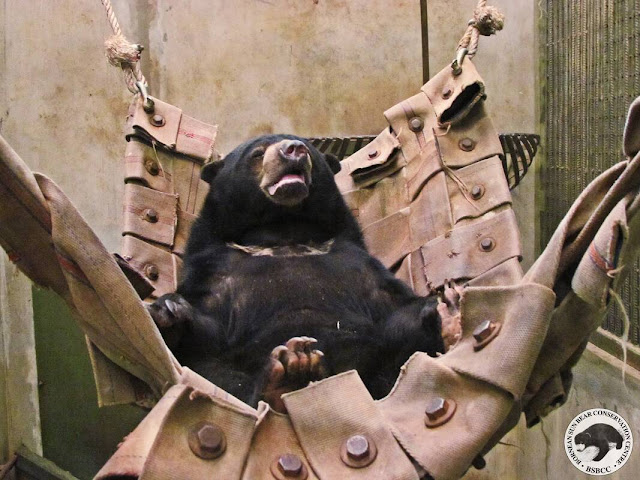 Another example of enrichment is termite mounds. This is one of the types of food enrichments and the bears really love termites. In the forest, they would forage to find termites by breaking apart decaying woods, but here we prepared termite mounds for the bears to feed on termites. 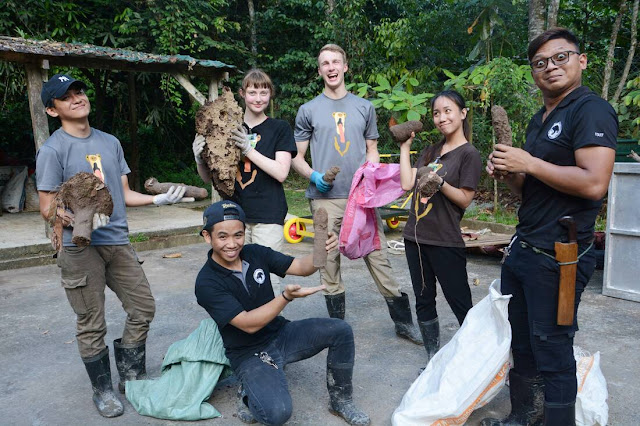 Enrichments are just like tools or mechanisms that help bears to keep their normal behaviours. Seeing animals that stress and exhibit abnormal behaviour is just depressing. Helping them even with small things is enough. So let's take our chance to help them. 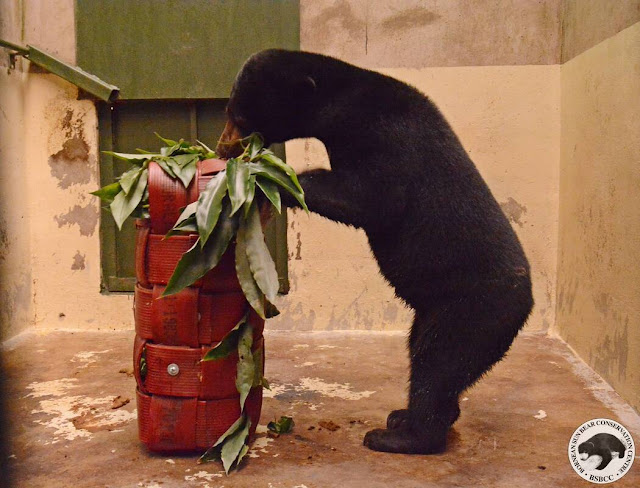