For many of you who consider me as the “daddy” of sun bears, then “mommy” of BSBCC must belong to Cynthia Ong, the director of LEAP. LEAP is a NGO founded by Cynthia Ong, base in Sabah with a US office in Oakland, California, USA. 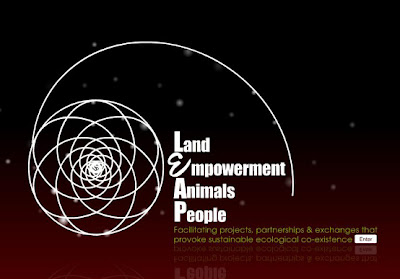 “LEAP – Land Empowerment Animals People – trailblazes to discover new ways which provoke sustainable ecological co-existence, in engagement with communities, government, civil society and industry, by building partnerships and collaborations that create mutually transformative processes which seek to balance the needs of all. We work within the divides and gaps to bridge between fragmented and isolated groups, with the intention to build connections and common ground where new conversations can lead to new understanding and new solutions that serve the greater global community of land, animals and people.”
I met Cynthia in 2006 when I was desperately (“dying” to be more appropriate) searching for funding to conduct my field work on sun bear and bearded pigs in Danum Valley, Sabah. That meeting changed my life thereafter because through Cynthia and LEAP, I received supports from Alexander Abraham Foundation (AAF) and get to know Nancy Abraham, President of AAF. It was the continuous encouragements and supports in many ways (long story to tell), I founded BSBCC last year, with Cynthia being the co-directors, and LEAP, Sabah Wildlife Department, and Sabah Forestry Department, being the partners to manage and setting up BSBCC on the ground.
I am very grateful to LEAP and the LEAP team under the leadership of Cynthia for their help all these years, to bring us from nothing to something. It will be more to come I am sure. Our goals are of course to understand (which I spent the last 10 years trying to do so), to care, to help, and finally to save the little forgotten bear- the sun bears. Just like what Jane Goodall said:
“Only if we understand, can we care.
Only if we care, will we help.
Only if we help, shall they be saved.”
--- Jane Goodall (1990)
So please join me to visit the new LEAP website. You can learn so much about this new but productive NGO that aim to bring a better tomorrow for LEAP – Land, Empowerment, Animals, People
http://www.leapspiral.org/
Currently LEAP is running 17 projects in Sabah. You can learn about this project at the website too. 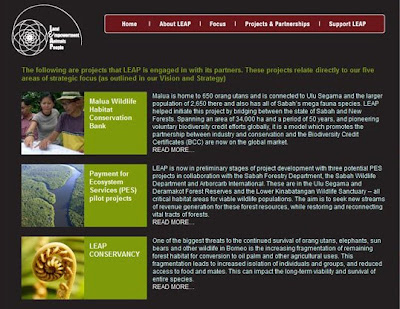 How can you help? The best way is to support us and LEAP. Donations can be easily make via online donation. 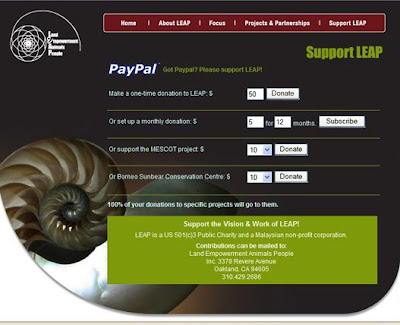 Beijing, China, 21 May 2009—“Boycott illegal trade, protect our wild tigers” is the key message of a consumer campaign launched today in China by TRAFFIC, the wildlife trade monitoring network.

The campaign will see an animated film “Tiger Evolution Ends—Don’t Let This Be the End” screened on Beijing’s Line 1 and 2 subway trains from tomorrow, International Day for Biological Diversity.

The film depicts millions of years of Tiger evolution ending when the Tiger is poached to create a bottle of Tiger-bone wine.

“Thousands of commuters will not only learn about the very real threat to wild Tigers from poaching, but also how to react—by rejecting illegal Tiger products,” commented Professor Xu Hongfa, co-ordinator of TRAFFIC’s China Programme.

Over the last 60 years, trade in Tiger parts, loss of habitat and mass killing of Tigers and their prey, have led to the extinction of three Tiger subspecies.

“Whether or not Tigers continue to survive depends entirely on human behavior. Each consumer should firmly reject any purchase of Tiger products and protect our national icon,” said Professor Xu Hongfa.

2010 is the traditional Chinese Year of the Tiger. “Tigers are mighty, majestic, and command our awe and respect. But the situation is critical—unless people firmly reject the purchase of Tiger products, it could mark the last Year of the Tiger where wild Tigers still survive,” commented Professor Xu Hongfa.

“When an important species like the Tiger becomes extinct or significantly depleted, it devastates the balance of the whole ecosystem,” he added.

In 1975, the Tiger was listed as a protected species under the Convention on International Trade in Endangered Species of Wild Fauna and Flora (CITES), leading to an international ban on trade in Tiger parts.

To help such Tiger conservation efforts, China banned the domestic trade in Tiger bones in 1993. China also removed Tiger bone from its Pharmacopoeia of ingredients used in traditional Chinese medicine and carried out public awareness campaigns and educational activities to seek out and promote alternative ingredients.

Such measures are having an effect: in 2008, TRAFFIC surveyed markets in major cities of western China and found the availability of Tiger products had decreased significantly since 2005.

“However,” warned Professor Xu Hongfa, “illegal trade is still not eliminated. Until it is, the future of the Tiger hangs in the balance.”
Posted by Siew Te Wong at 12:24 PM 1 comment:

Happy Mother’s Day to all mothers!

Happy Mother’s Day to all mothers regardless of species! Mom is always the greatest! The coolest! And the best! 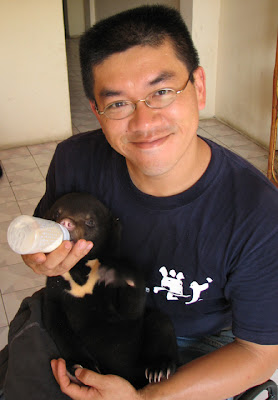 Although I am pretending to be a mother of this poor sun bear cub who lost her mom to the hand of poacher, I am not even close to fulfill the great roles of a mother bear do and take good care of their cubs.
This is why..
Here are series of photos taken in my study area at Danum of a mother sun bear climb up a tall tree with her cub in search of honey. In the middle of the tree there was a bee hive with yummy honey. Not only Pooh bear loves honey. The sun bears also known as “honey bear” in Malay language because of their affection to honey. There is nothing can stop a sun bear from eating and finding honey, even if the bee hive is concealed in a tree cavity of a hard wood species 30 meters above the ground! 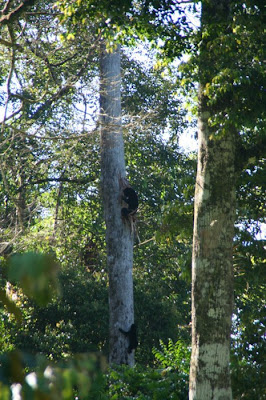 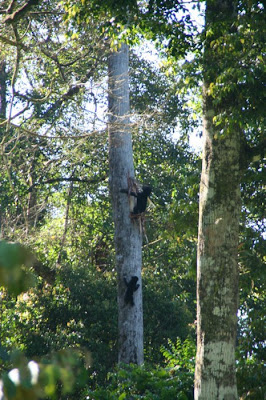 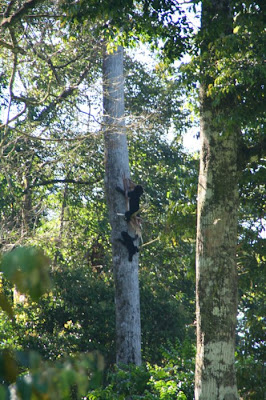 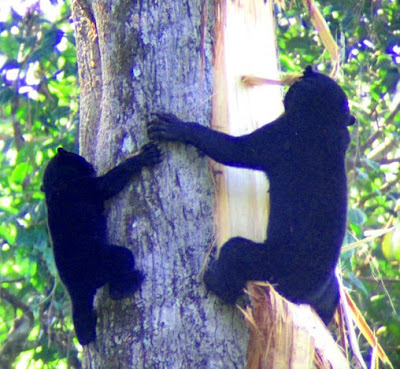 Although it may look dangerous, this is what sun bear do in the wid. The mother was showing her cub how to climb, how to get hold of honey, and of course, at the end, a good feast on honey- a good source of energy and nutrient.
Happy Mother’s Day to all mothers regardless of species!
May you all always be happy, joyful, safe and be at peace.
Posted by Siew Te Wong at 4:12 PM No comments: