Photos by Chiew Lin May & Seng Yen Wah
​Diana is the 33rd rescued sun bear that came to the Bornean Sun Bear Conservation Centre (BSBCC) on July 2013 as an adult. She was initially living at View Top Resort in Tawau, Sabah where she was exhibited to the visitors in a small concrete cage with another male sun bear that goes by the name of Ronnie. When she arrived at BSBCC, she was in a poor condition as she had a hole on her right snout and bald spots on the back of her head. It is suspected that she had these issues due to confrontation with Ronnie as they were kept in a small cage together. Besides that, she also had unhealthy gums due to diet that only comprised of rice and banana. 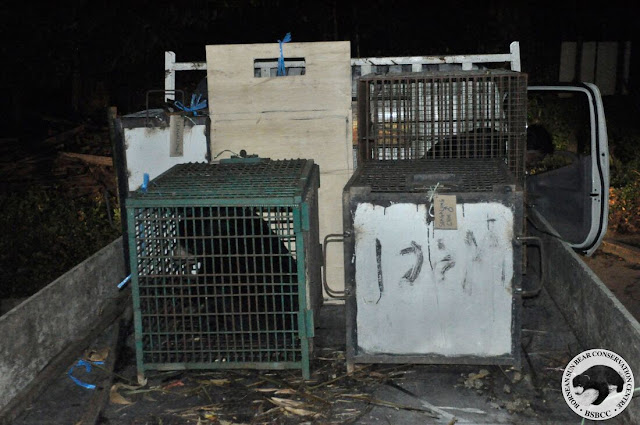 Due to Diana’s condition, she constantly needed special care from the Bear Care team to ensure that continues to improve with BSBCC. She was initially a sensitive bear and was always making her displeasure known by giving out warning sounds at the presence of humans. Regardless of her reaction to the keepers, they always provided her with different types of environmental enrichment to ensure that she had a better living quality with us. As she slowly became more comfortable with her new environment, she would spend her time being on the ground most of the time but when it is time to take a nap, she would never fail to climb into her favourite basket that is placed in the pen. 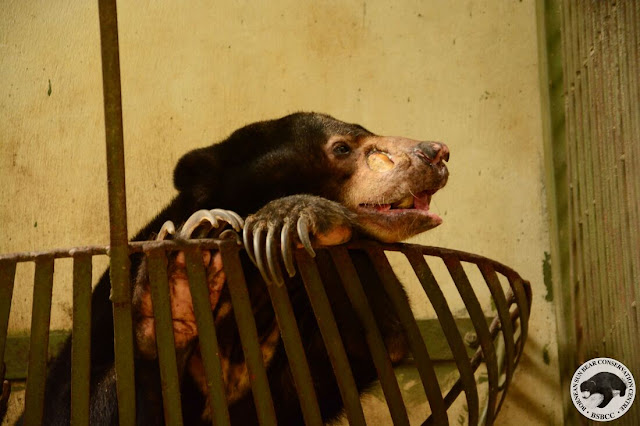 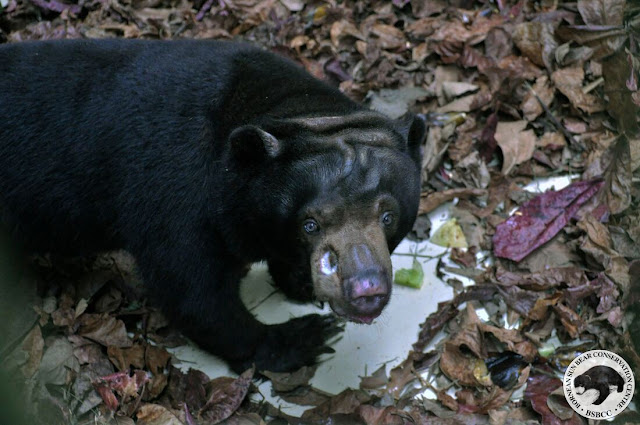 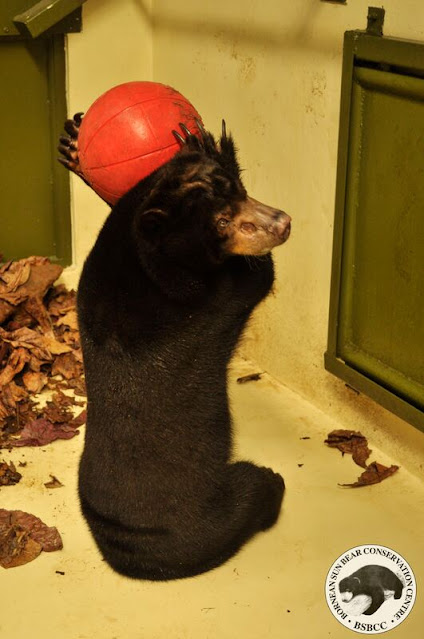 However, a year into staying with BSBCC, the injury on muzzle and the dental problem did not improve. Since 2015, she was constantly brought onto the surgical table to address these issues. With the help of multiple veterinarians from Sabah Wildlife Department, Wildlife Rescue Unit and others from within the region came together to help Diana. As Diana was diagnosed with periodental disease (gingivitis, dental calculus, gingival recession, and tooth fractures), she underwent multiple tooth extractions. Today, Diana is only left with one canine tooth on the upper jaw while her teeth on the entire lower jaw have been extracted out. Due to this, her lower jaw has been shrinking and she has to go on a soft food diet. She was also intelligent to choose fruits that are only ripen as they are softer for her consumption. 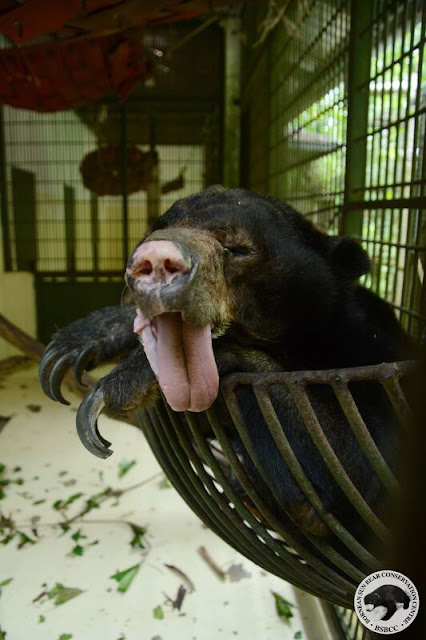 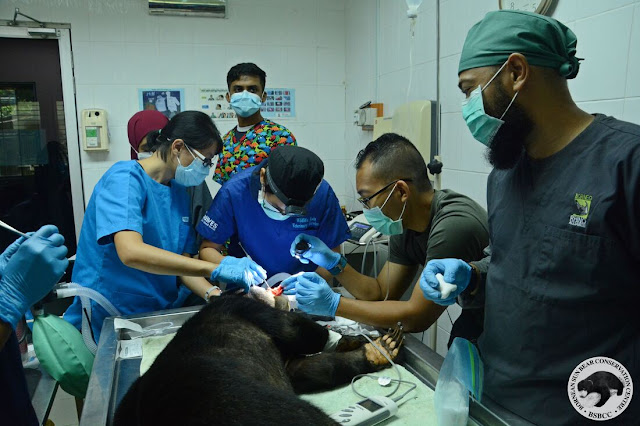 ​In May 2017, Diana was transferred to quarantine section in order for her to continue receiving special care from the Bear Care team. As Diana got healthier here, she was then slowly introduced to other sun bears as well. She was first integrated with a young group of sun bears, Soo, BJ, Kina, and Sika.  Among these four bear, Diana loved playing around with Sika and Kina. At the beginning of year, Soo, BJ, Kina, and Sika were transferred to the Bear House to continue with their rehabilitation process. It was then when Diana was introduced to Phin, a gentle adult male sun bear. Diana continues to love playing with environment enrichments that are provided for her and sleeping in her basket. She loves environmental enrichments that in cooperates the use of gunny sack. She would play with it and when she is tired, she would use it as a blanket when she sleeps in her basket. 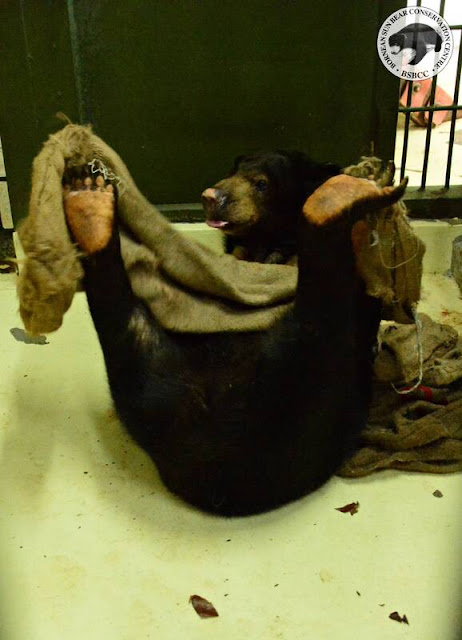 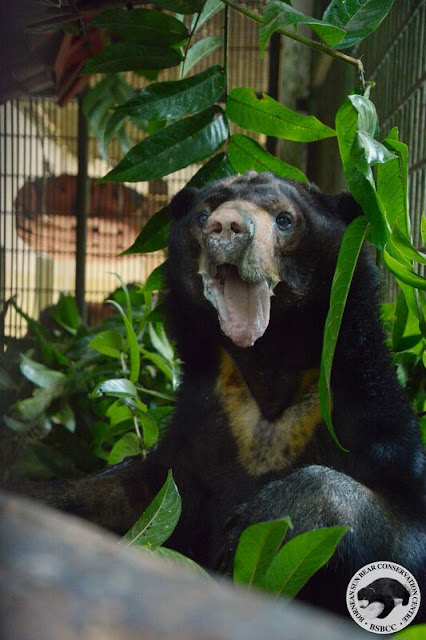 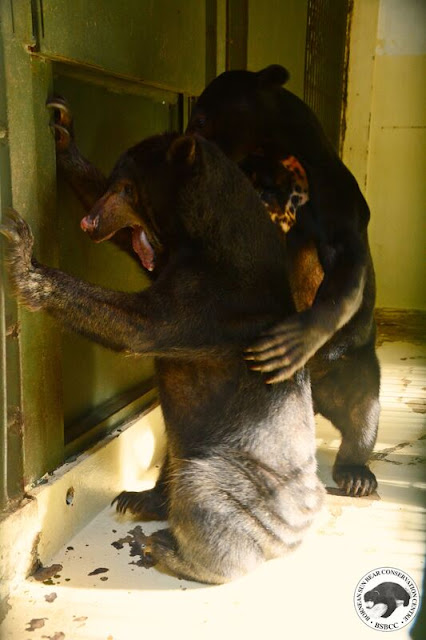