Kipaku – Set paws in the FOREST! 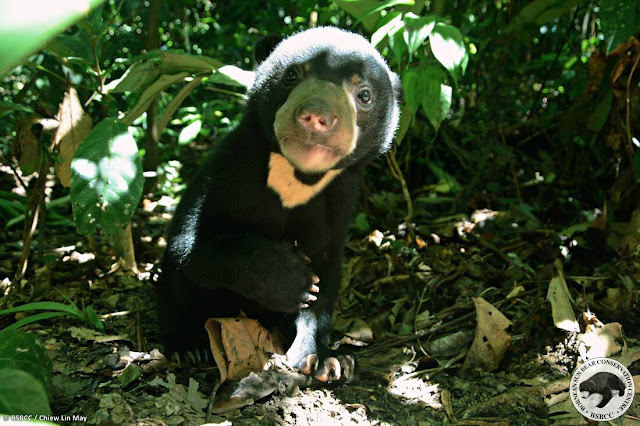 Sun bear cubs are extremely adorable. The rescued bears we have received were taken from the wild and became victims of the illegal pet trade. To obtain the cubs, their mothers are usually killed before their young are snatched. Kipaku’s story begins from a lifetime of being a house pet. Kipaku had been kept for three months by a family in Tambunan, after they claimed they had found the cub wandering alone around the forest fire area. He was fed with fried fish, milk and rice – an inappropriate diet! The owner decided to surrender the cub to the Sabah Wildlife Department’s Wildlife Rescue Unit on 16th July 2020, and he was sent to BSBCC on 18th July 2020. Kipaku quickly adjusted to life in his new home. Kipaku’s health is improving gradually. He now weighs 10.60 kg.​Sun bears of his age in the wild would be reliant on their mother, but he has already lost his mother and his home. Without his mother’s guidance, the chances of survival in the forest are slim. Here in BSBCC, the first step of rehabilitation for Kipaku was starting a daily forest walk with a surrogate mother. 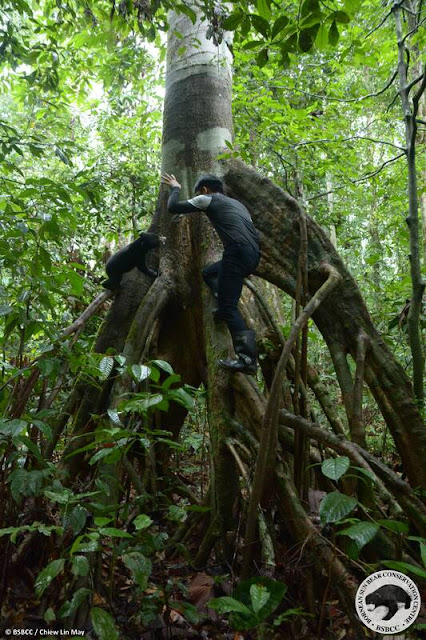 On the 6th of August 2020, Little Kipaku got a second chance to learn as a wild bear. He found the courage to set his paws on the forest floor! 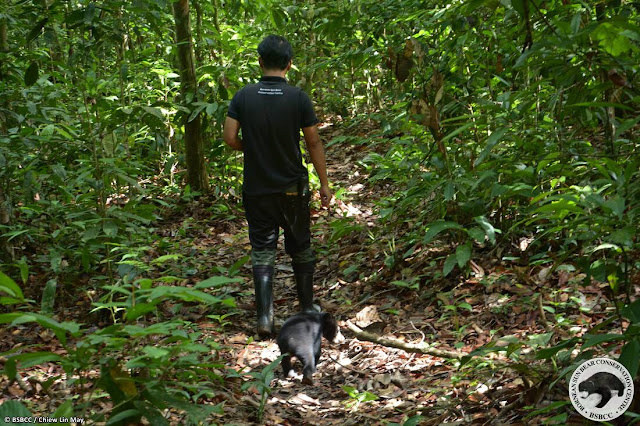 His surrogate mother will accompany and assist Kipaku to develop his survival skills, the knowledge he needs to thrive in the wild and ensure he receives the best possible care. During the walk, daily behaviour and ecology is recorded. 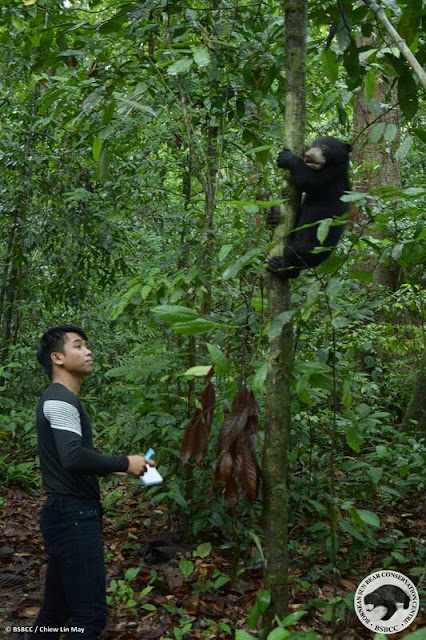 We found out he has strong instincts – like climbing, resting high up in the tree canopy and looking for wild food. He remembers tall trees and rivers! He is quickly practicing the skills and is exhibiting good natural behaviour which he has not known since he was stolen from the wild as a cub. But there was some concern with Little Kipaku, is he too habituated to human presence. Sun bears are being susceptible to poachers upon release. Therefore, cubs will be exposed to minimal contact with humans during the rehabilitation process.​Sun bears are opportunistic and will eat almost anything – small vertebrates, termites, earthworms, larvae and their eggs. He has an incredible sense of smell. Once he locates his favourite grubs, he will quickly use his claws to tear open tree bark then slurps out the food using his long tongue. 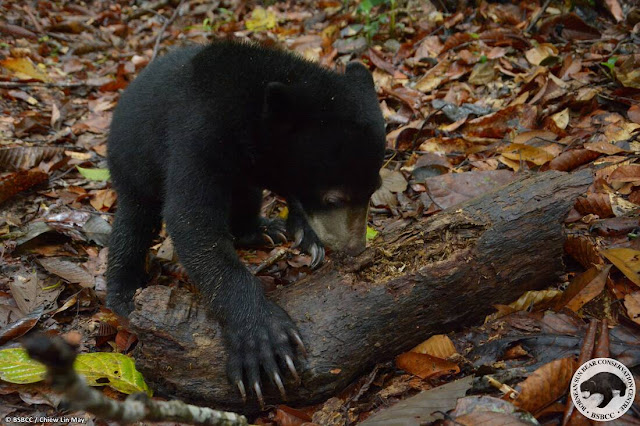 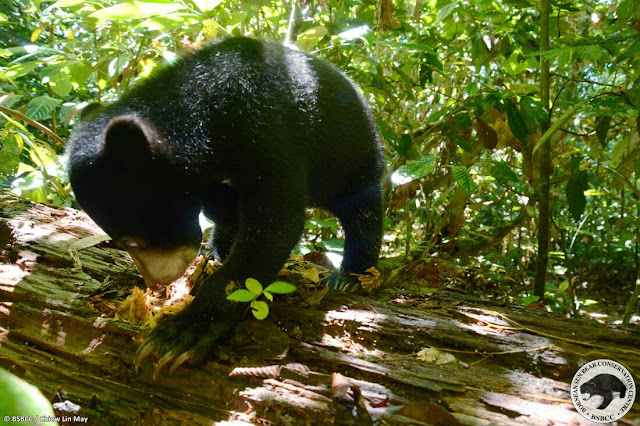 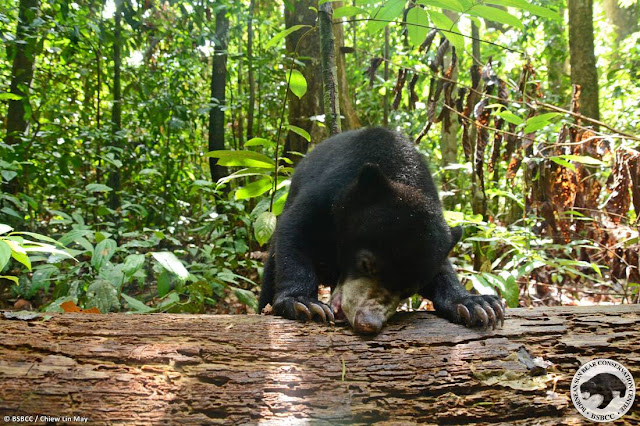 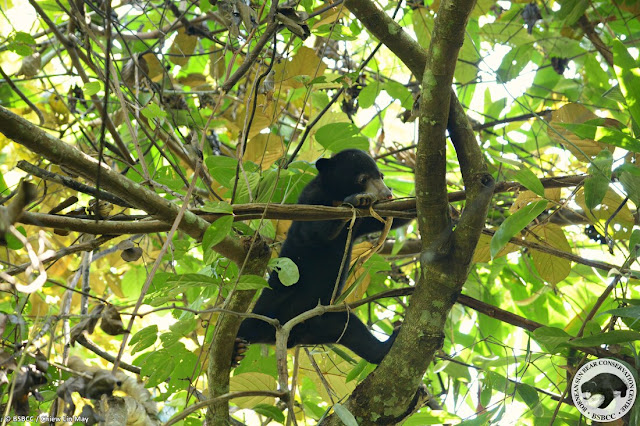 He can spend hours in a day foraging on the bark. He is very smart! He is always keen on trying out new things. He will check out every corner of the forest. 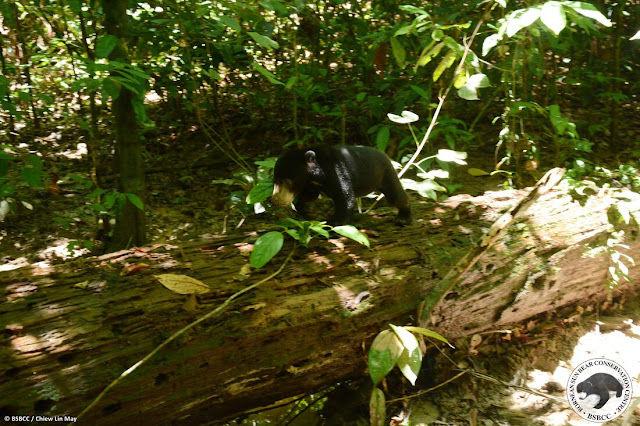 Kipaku loves to snack on soil too – high with mineral nutrient! Being the youngest male bear at BSBCC, he enjoys getting into mischief and exploring around - beginning his new life where he really belongs! It is important to keep him psychologically and physically fit.

“Climb, climb and climb higher!” – His most favourite activity when he is in the forest! ​ 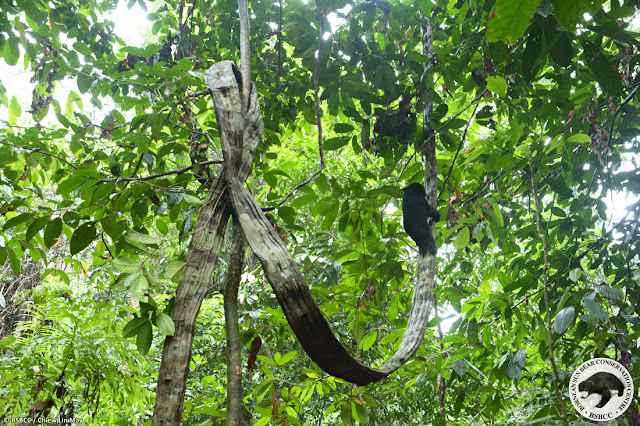 He is an agile and tree loving little bear! He shows confidence when he climbs! He has strongly curved, pointed claws and naked soles – adaptations to the arboreal lifestyle. He is busy in the canopy searching for food. Sometimes, he does not care whether the tree branches can support his body weight. He just climbs through the branches and munches on leaves or tears the tree bark. When he misjudges a branch which snaps under his grasp, he will quickly grab it or fall to the ground. 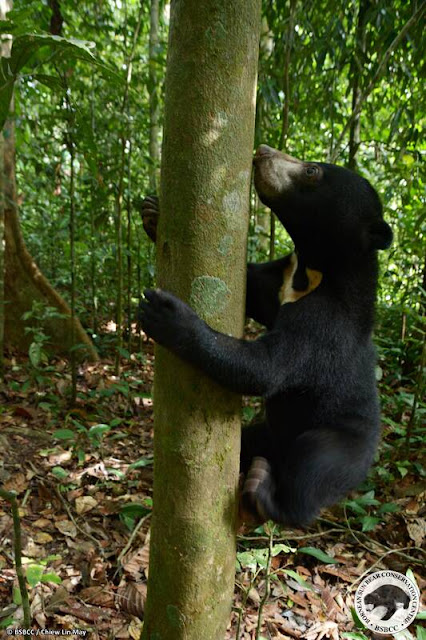 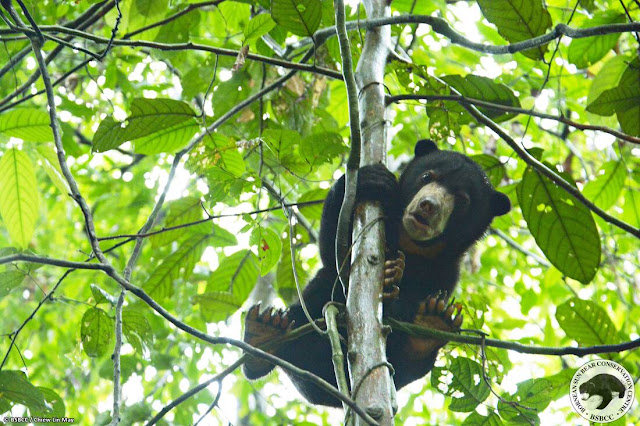 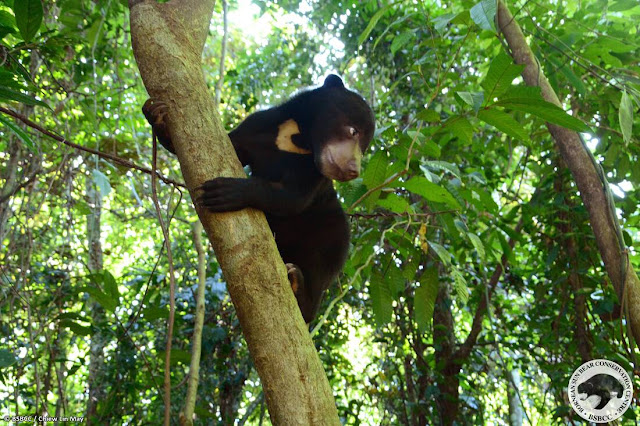 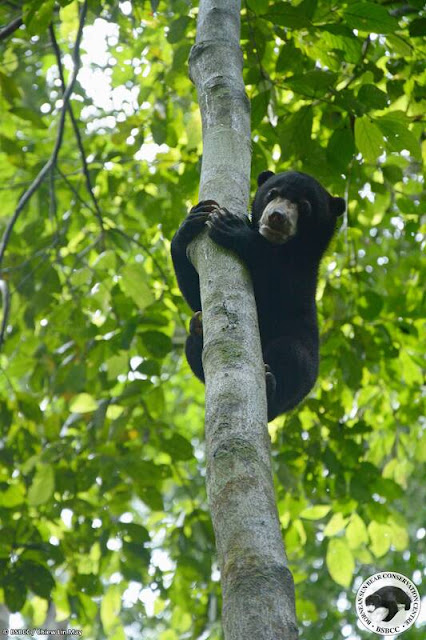 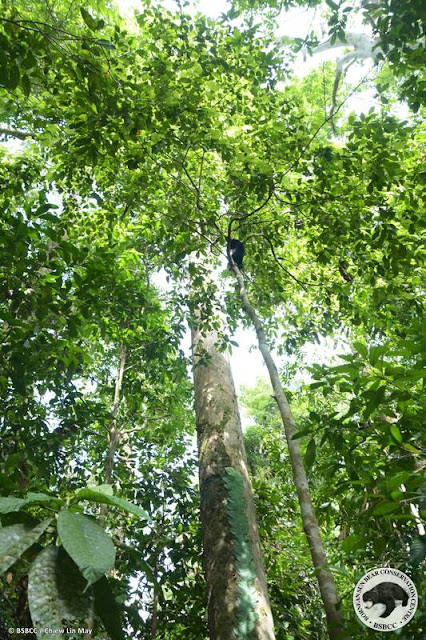 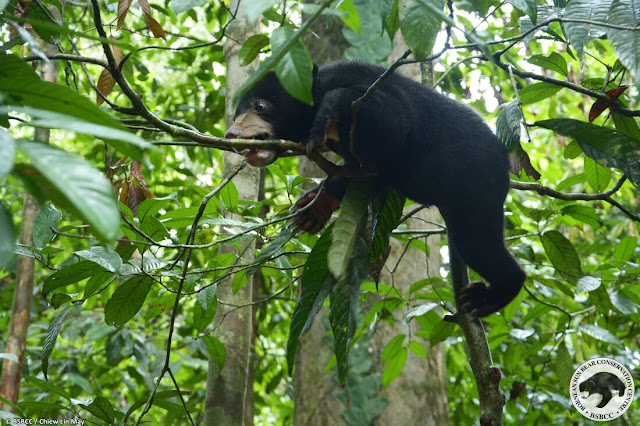 He can perform a full range of natural behaviour. Doing what bears do…!! He is free to do whatever he wants –FREEDOM!He enjoys rolling around and taking a nap in the forest canopy. He will stop by the river for a swim. 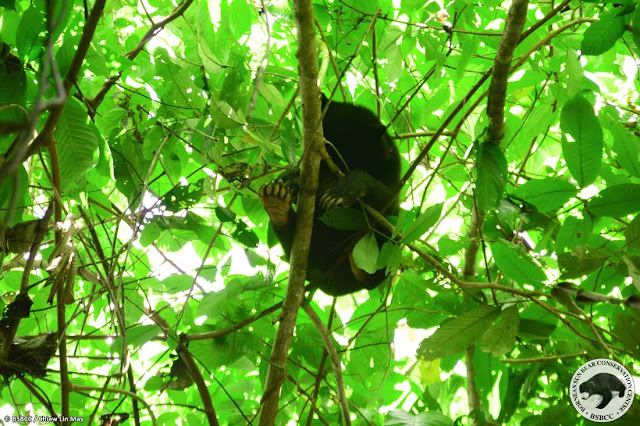 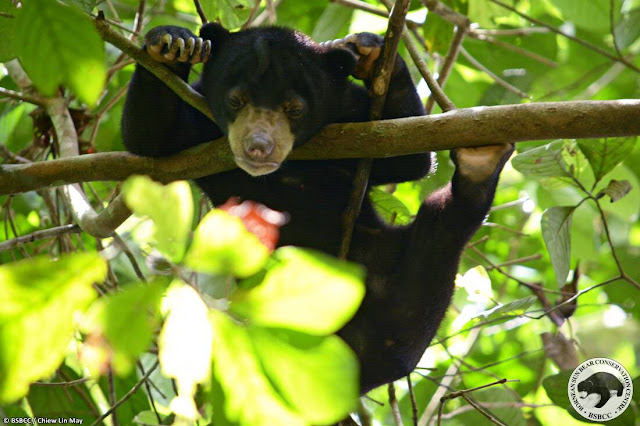 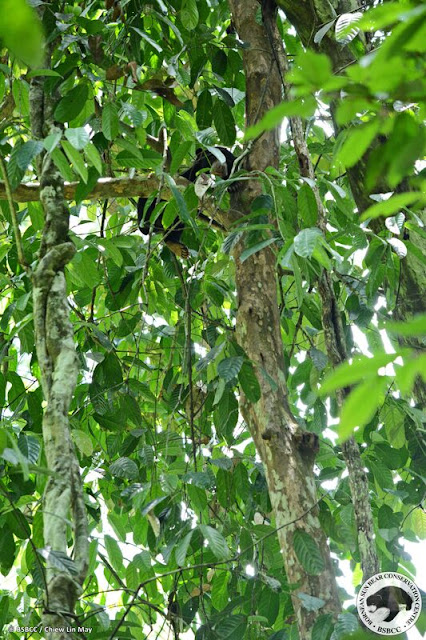 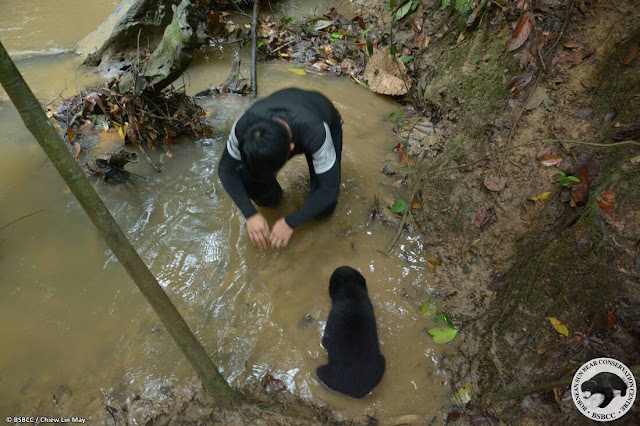 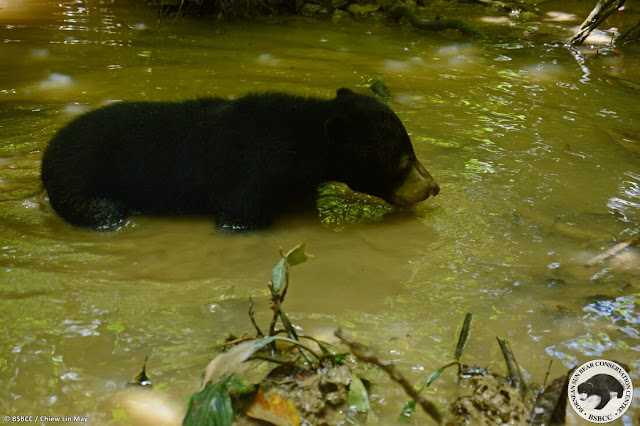 After a few weeks of outings, he has become more and more adventurous and active. He has left his past behind and continued to develop his forest skills during the forest outings. 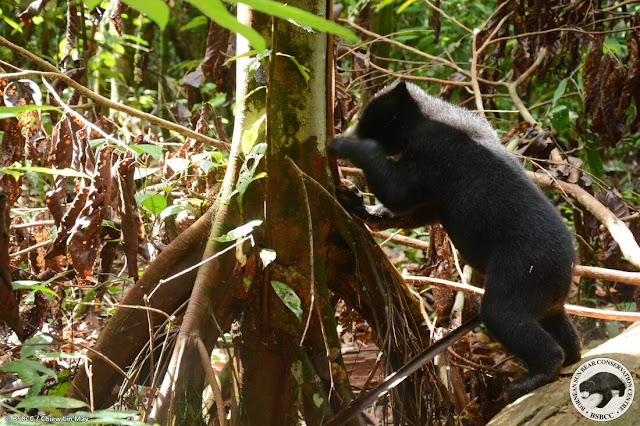 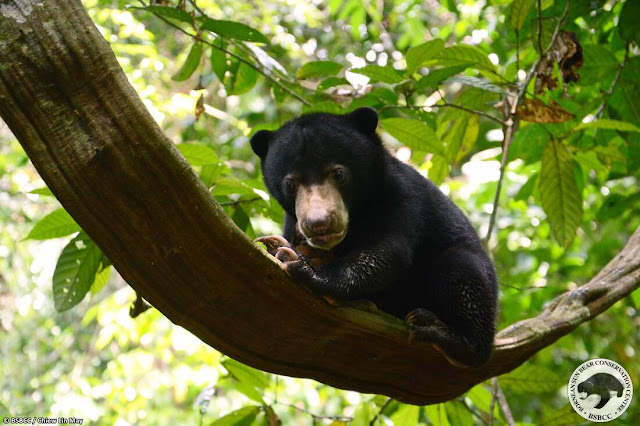 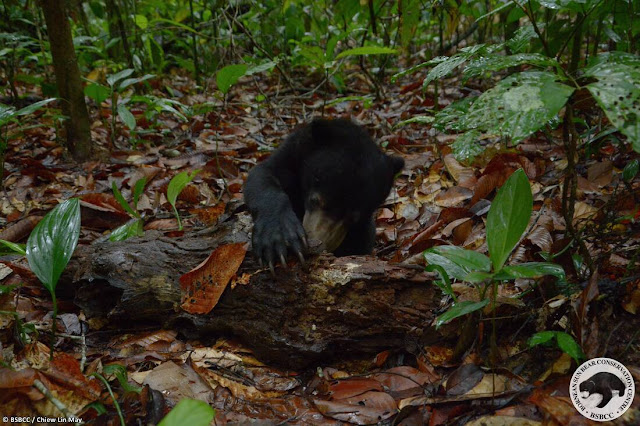 The little bear is doing so well. It is remarkable to watch Little Kipaku explore free into the depths of the jungle. He certainly has the instincts for a future in the wild. Please keep fighting to stop poaching and the illegal wildlife trade. Let them stay where they belong to – the wild! 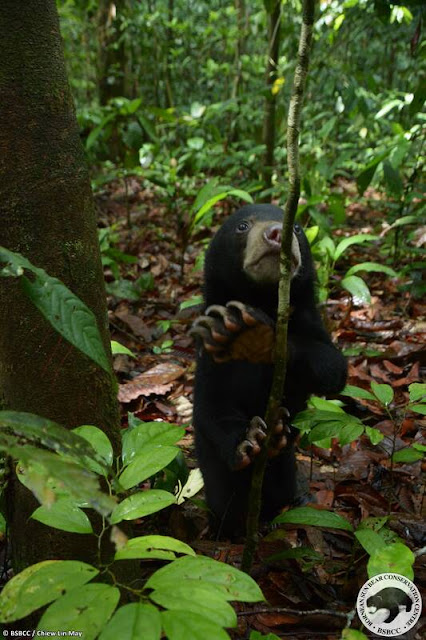