A Milestone for Betung

Photos By Seng Yen Wah
“Yay, Betung is 2.0kg today!” the joyous shout from the cub care team at the BSBCC.  Betung is a malnourished sun bear cub rescued by Sabah Wildlife Department on 21st August 2020 . Her background story was similar to many other rescued cubs at the BSBCC. They claimed she was found walking alone in the forest and then raised by a villager since April 2020. 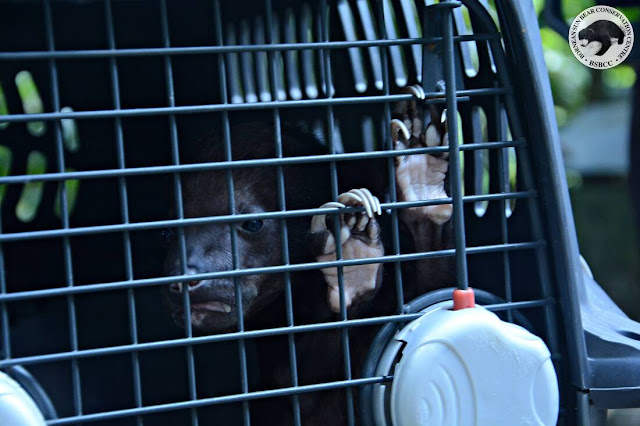 Betung, however, is different.  Inappropriate care and chronic malnutrition resulted in possible irreversible damage to her health. Betung was terribly stunted and estimated as being 6 months old. A healthy sun bear cub at this age can easily achieve 10kg. Unbelievably,when Betung arrived at the BSBCC on 26th August 2020 she was a mere 1.4kg. 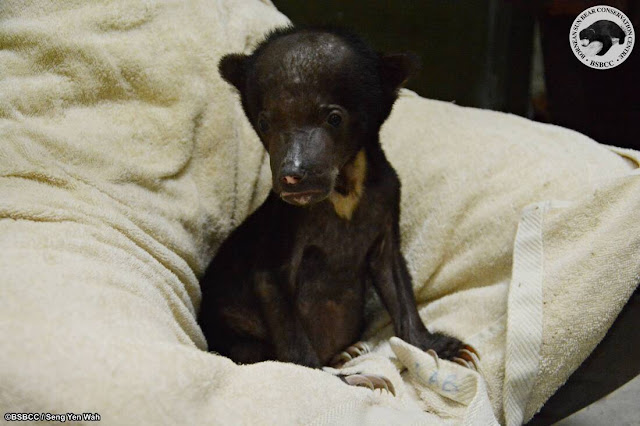 At day 33 in BSBCC, Betung weighed 2.0kg. A 600g weight gain may seem insignificant to most cubs. But for Betung, this gain indicates a promising health healing process. The cub care team cheered at this moment.

Raising her is by far the most challenging task in BSBCC. Not just because she is tiny but also her health status is severely compromised. Her blood test showed reduced red blood cells, white blood cells and total protein, which are consistent with malnourishment. Her immune system is also severely impaired. She is weak,easily succumbs to infection and is bald due to mites and fungal skin infection. In addition it was discovered she suffered from hypocalcemia,shown from the thin bone cortices in the radiography result. This finding also implied that a minor traumatic impact such as a fall, can break a bone. Betung is very delicate and fragile. 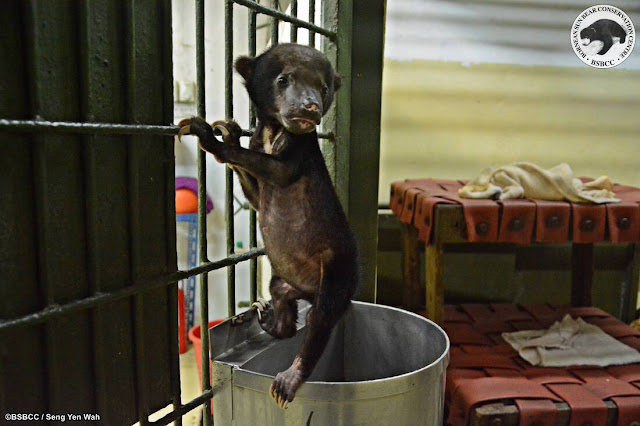 Another challenge we faced in raising Betung was she did not respond well to the milk substitute we have used in the past 8 years. Her gastrointestinal absoption disorder was worrying us. Her appetite and weight gain was inconsistent at the beginning. We had to source special milk formula for Betung. Fortunately with the introduction of a new formula, she appetite has greatly improved the team is relieved that her weight is now steadily increasing day by day. She has even started to pick up solid food and has transformed into a bright and playful sun bear. 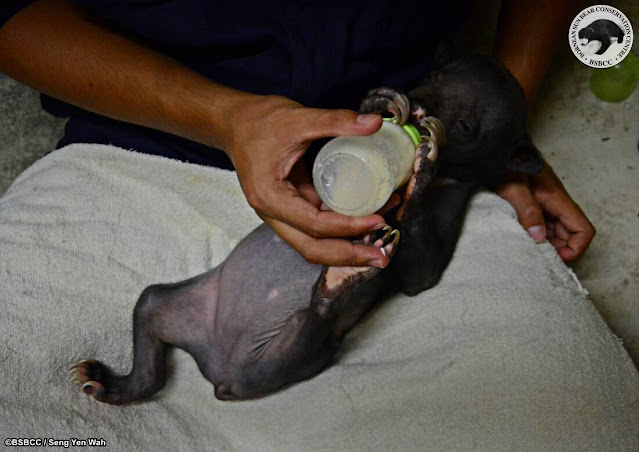 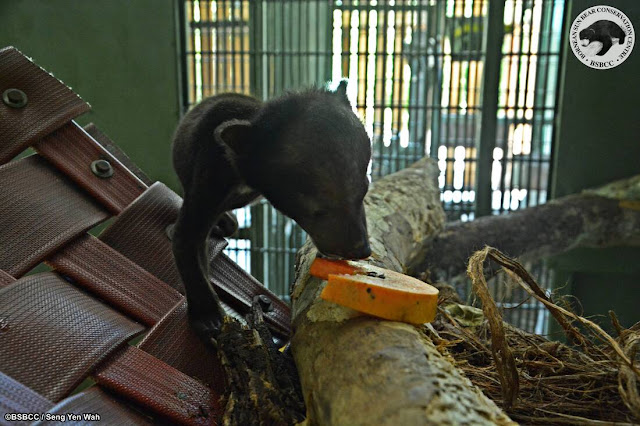 Betung’s case emphasises the importance of nutrition in one’s growth. We pray both that her stunt growth and impaired health condition are reversible and that she will grow into a normal adult sized sun bear.   Time will prove it. A 25kg grown up Betung will be a beautiful sun bear.  P/s: Please adopt Betung to make a difference. 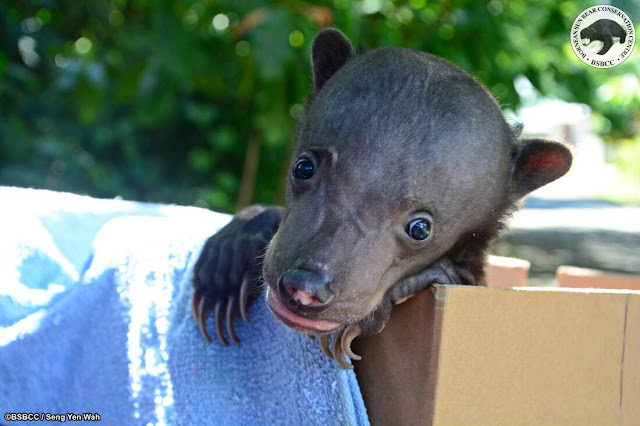